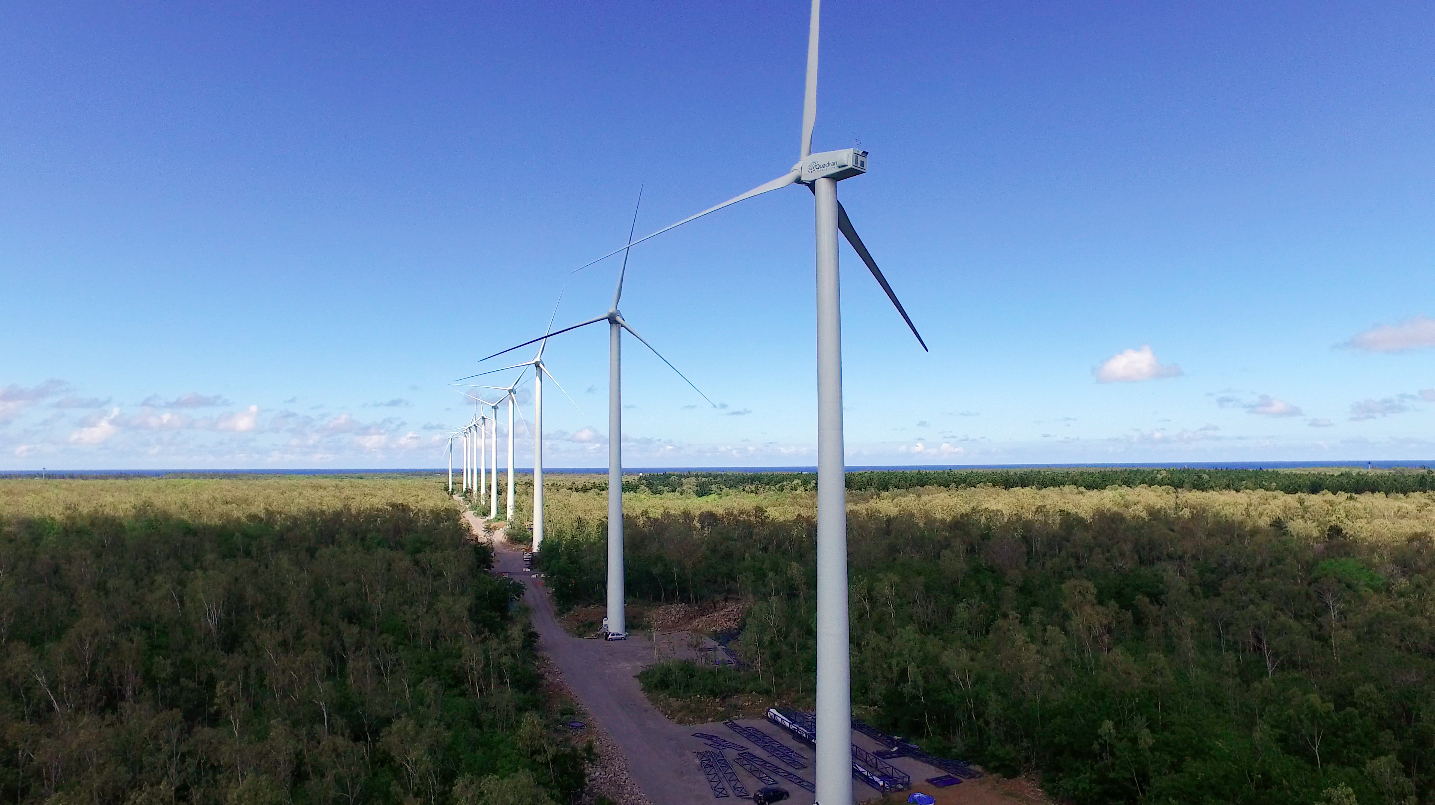 This wind farm, the first ever on the island, was a key step in the country’s commitment to local and sustainable energy production. It is located in Plaine des Roches in the north-east of the island, near Roche Noire, and was built in partnership with the Sugar Investment Trust (SIT).

The energy produced is sold to the Central Electricity Board (CEB), thus ensuring an energy mix in its supply, which until 2016 consisted mainly of energy from the island’s diesel and coal/bagasse thermal power plants.

With 15 GWh of electricity produced annually, the farm supplies around 15,000 people with electrical energy.

Connection to the grid