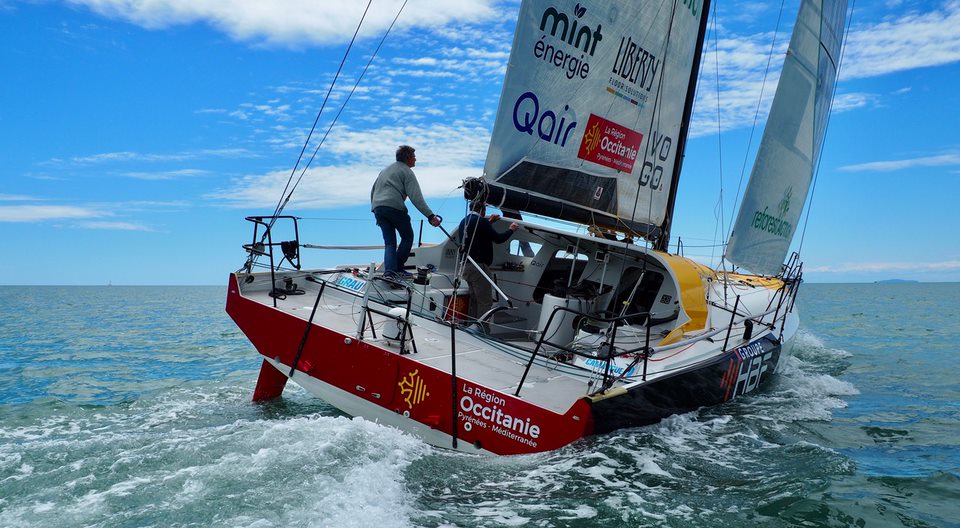 Route du Rhum: After the storm

Taking the start of the 22nd Route du Rhum on November 9th, our skipper Kito de Pavant has passed east of Sao Miguel, catching a glimpse of the lights of Ilha Santa Maria.

After a breathtaking start, with 138 boats lined up on the 3.5-mile (6.4 km) long line, including 55 Class40, a record high since the race was created in 1978, Kito was able to keep cool and position himself advantageously to make a smooth exit from the English Channel. He was in 6th position at the start of the second day of the race.

As he approached the weather fronts, conditions deteriorated, giving our skipper very little rest as he had to carry out many manoeuvres.

Things finally calmed down off Portugal, giving Kito time to dry the boat and eat his first real meal after four days of racing. A breathing space which also allowed him to consider the best strategy to go through the Azores archipelago that loomed on the horizon.

While the worst seemed to be behind our skipper, the sea conditions on November 14th did not spare his boat, which had to undergo several makeshift repairs, causing Kito to lose precious time and fall to around 20th place.

On the morning of November 16th, the tide was finally turning for Kito, whose perseverance was rewarded by a good comeback around 10th position in the ranking!

We wish him good luck to continue his progression!